When Does a Verbal Argument Become Domestic Violence? 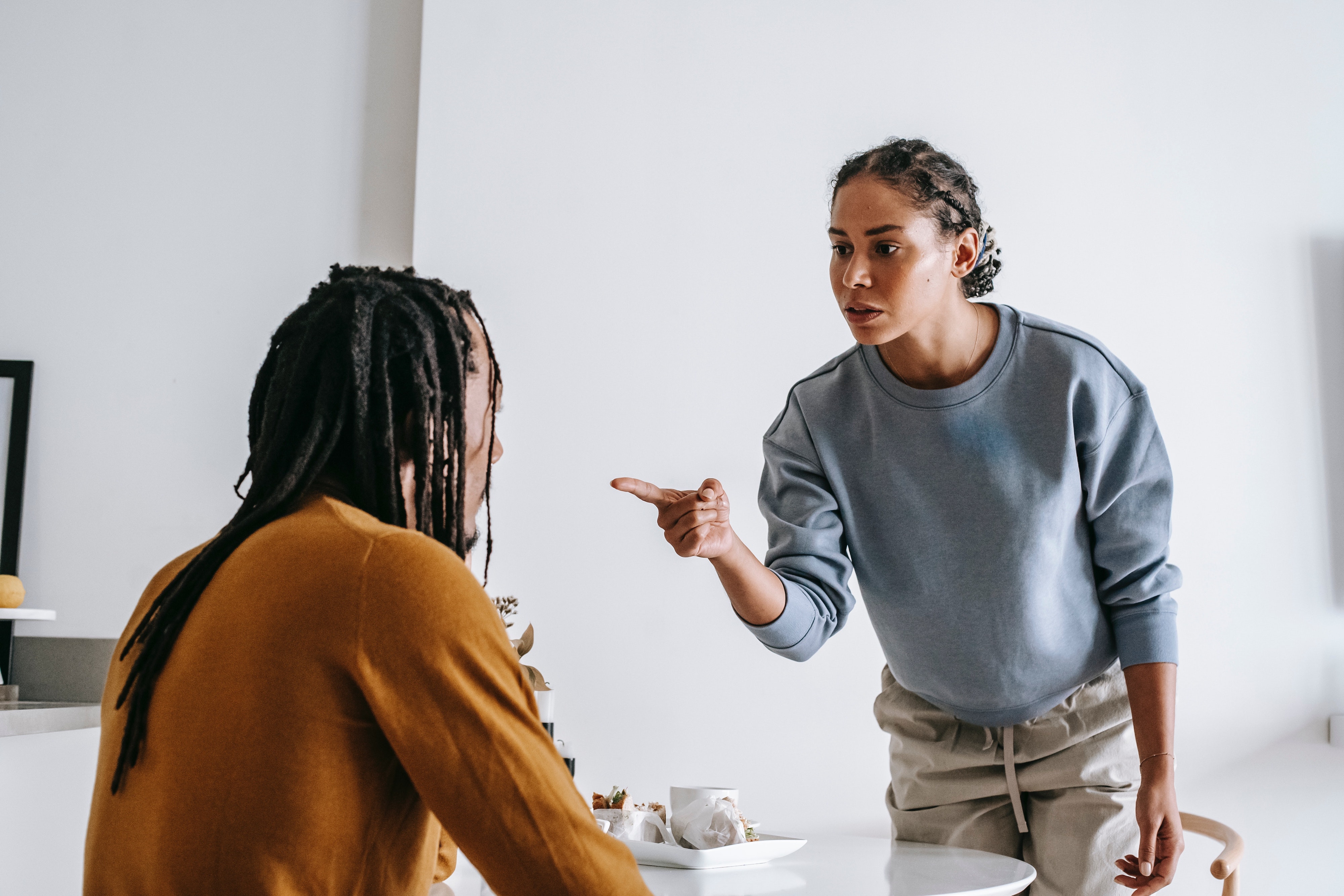 California’s broad domestic violence laws could potentially turn a heated disagreement into an arrest and a domestic violence case.  When does an argument cross the line and how can you avoid being caught in this situation?

Words can hurt, especially when they come from a loved one.  It’s normal to feel upset after a heated argument with a family member or life partner, but when does a heated disagreement become domestic violence according to California law?  If you get into a loud argument and a concerned neighbor calls the police, the police may be required to arrest you if they perceive an act of domestic violence has occurred, is currently happening, or is imminent.

The first image most people imagine when someone says “domestic violence” is a husband causing bodily harm to his wife.  While California Family Code 6203 includes this in its definition of abuse, it’s also broad enough to include other forms of abuse.  “Abuse” in California law can refer to any of the following:

In other words, domestic violence is not limited to physical violence under California law.  If you meaningfully threaten your significant other, and it causes them real fear, then that is considered domestic violence.

However, when discussing verbal abuse, you must also consider the intent of the comments and threats made.  For example, simply saying you’re going to hurt someone does not necessarily count as a threat. The victim needs to believe that you meant what you said and that you really intend to cause harm based on what you said. Similarly, a phrase not generally interpreted as threatening or hurtful, may also be considered domestic violence if it’s perceived to be a threat or if it’s part of a behavioral pattern which inflicts psychological harm.

Domestic violence is not only limited to those people in intimate relationships.  California Family Code 6211 includes virtually any close family member or cohabitant as a potential abuser. It also includes step-parents, step-siblings, former spouses, former cohabitants, and former fiancées.  Domestic violence can occur between any two people regardless of the “intimate” nature of their relationship.

California’s domestic abuse laws give domestic violence victims many options for legal recourse.  However, this can become problematic if someone calls the police because they mistakenly think a domestic abuse incident is occurring.

If the police arrive and see an ongoing argument, they’re expected to intervene and attempt to prevent or stop a domestic violence situation. This often results in one or both of the parties getting arrested and going to jail.  While this doesn’t necessarily mean charges will be filed against the arrested party, it can still cause problems for all individuals involved.

The best way to avoid this situation is to step back and take the following actions:

If you find yourself involved in behavior that may lead to domestic abuse, there are numerous resources both in California and nationwide.

For example, you can access the Crisis Text Line from anywhere in the United States, by texting HOME to 741741.  They will automatically connect you to a trained crisis counselor. Alternatively, the Los Angeles County Department of Mental Health is also a great resource.

What to Do Now

While seeking professional guidance is certainly important, you also do not want to overlook quality legal counsel.  If you’ve been involved in a domestic violence incident or have been suspected of committing domestic violence, you should contact an experienced criminal defense attorney immediately.  These challenges and confusing situations are stressful enough without having to navigate the legal system alone.

The legal team at Shawky Law can represent you if you’ve been charged with domestic violence or if you have been arrested for domestic violence.  We will advocate on your behalf and get you the best possible outcome in your case.  We represent clients across counties in Southern California, and have offices located in Pasadena and Riverside.  Call attorney Tarek Shawky for a free consultation or to discuss what options you have in your particular situation.