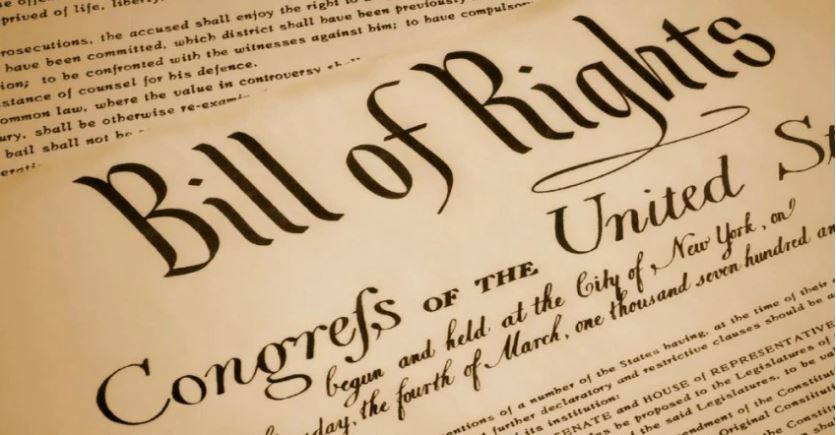 Prosecutors and law enforcement may lie to you or take advantage of your ignorance to incriminate you or try to strike an unfair deal. Before talking with the police, you should have a strong understanding of the criminal process.

If you have been charged with a criminal offense, you need to understand the criminal procedure so you can make well informed decisions about your future.

The State and Federal criminal process is complex.  Anyone not familiar with the system can quickly become confused and intimidated.

Without the help of an experienced criminal defense attorney, you can end up with a very unfavorable outcome.  Criminal defense lawyers know how to navigate the criminal process to get the best resolution available to you.

Regardless of whether or not you have an attorney, you should understand the judicial system to assist you in navigating the process.

California has a similar criminal process to most other states.  It typically follows twelve steps, with some variations for different circumstances or crimes.

The criminal process begins when law enforcement is notified of a crime.  Police are usually notified of a crime by a victim or witness who calls 911.  After confirming that illegal activity has taken place, law enforcement will be dispatched to the scene to investigate and write a report. In the report, the officers involved summarize the events and document witness names and any other relevant information.

While defense lawyers can obtain a copy of the police report, individual defendants are often denied access to their reports.  This restriction is meant to protect witness information and identities.  It is another reason that defendants need to work with a criminal defense attorney or risk being denied access to critical information.

After a report is filed, law enforcement may continue with their investigation.  For some crimes, a detective may be assigned to the case.  Investigations can take weeks, months, or years, depending on the crime and amount of evidence.

During the investigation, the police will identify and interview suspects and witnesses.  They may also obtain warrants and conduct searches of defendants’ property.  Once they have compiled enough evidence about a specific suspect, they will request an arrest warrant from a judge.

Law enforcement takes the evidence they have obtained during the investigation to a judge and requests a warrant for the suspect’s arrest.  If the judge does not grant their request, they cannot make an arrest.  However, there are scenarios in which an arrest warrant is not required.

If a crime is committed in an officer’s presence or if an officer has probable cause to suspect an individual has committed a crime, they do not need a warrant.  Officers can arrest the suspect on the scene, though they cannot hold arrestees indefinitely.

After the police have obtained an arrest warrant, they will take the defendant into custody.  Prosecutors have 48 hours to bring an incarcerated defendant to court for arraignment. The 48-hour time limit file charges against the defendant does, not including weekends, holidays, or court closures.

If no charges are filed, the defendant will be released from custody.  Defendants can also be released on bail or their own recognizance otherwise, defendants are held in jail until their trial.

To officially accuse a defendant of a crime and take them to trial, the prosecuting agency must file charges against the defendant.  After the investigation or arrest, law enforcement sends the case to the relevant prosecuting agency for filing consideration.

The Deputy District Attorney or local City Attorney determines what charges to file.  The prosecution generally has one year from the date of offense to file misdemeanor charges and three years to file felony charges.

At arraignment, if the defendant is still in custody, the judge can set their bail or grant an OR release.  An OR release allows the defendant to be released on their own recognizance, which means they do not have to post bail and only have to promise to appear at future court proceedings.

For misdemeanor charges, the next court date is the pre-trial conference.  The prosecution and defense exchange evidence and information during the discovery process.  Both sides also have the option to file pre-trial motions.

Additionally, pre-trial conferences offer the prosecution and defense a chance to resolve the case before trial.  With the judge’s help, both parties can negotiate an agreement that avoids trial.

Both sides may present evidence and arguments as well as witness testimony. The judge will consider all evidence presented and decide if there is probable cause to move the case forward to the next phase.  The prosecution has a very low burden of proof at preliminary hearings.  They only need to show that probable cause exists to hold the defendant to answer.

If a case proceeds to a criminal trial, the parties must decide if they prefer a jury trial or court trial. A court trial is one where a judge decides the defendant’s guilt.  A jury trial requires unanimous agreement by 12 impartial jurors who determine guilt or innocence.  Regardless of who is deciding, the prosecution has to prove that the defendant is guilty beyond a reasonable doubt.

Defendants that have been found guilty at trial or have pled guilty before trial receive their sentence at the sentencing hearing.  If the prosecution and defense agreed on a plea and negotiated sentence then the judge will generally approve the agreed upon sentence as long as it conforms with the law and sentencing guidelines.

If a defendant is found guilty at trial, the judge has the discretion to impose a sentence according to what they believe is an appropriate punishment consistent with the law.  In California, judges can choose between low-term, mid-term, and high-term sentences for each felony conviction based on the sentencing guidelines outlined in the Penal Code.

While the sentencing may seem like the last step of the criminal process, there may be post-trial court proceedings.  Convicted defendants can appeal the court’s decision, though they must do so within the allotted statutory time.

It’s important to remember that appeals are not new trials.  Appellate courts only look for legal errors.  They do not review or revisit the facts of the case.

Most appeals are based upon one of two claims:

Additionally, convicted defendants that have been granted probation will have to comply with certain terms and conditions ordered by the court.  They may need to pay fines, complete a certain amount of community service hours, attend counseling, or fulfill other obligations set by the judge during sentencing. The court often requires progress report hearings for those on probation.  These court dates are meant to ensure that the person on probation complies with the terms of their probation otherwise the court may find them in violation of their probation and impose additional custody time or other punishments.

Anyone accused of violating their probation has the right to a hearing.  At the hearing, the prosecution must establish evidence that the defendant violated their probation terms and conditions.

If you are accused of a criminal offense, you should have a decent understanding of what the process entails.  To help you get the best possible outcome you should obtain the representation of a highly qualified and experienced criminal defense attorney.

Do not go through this process alone.  Work with a lawyer that knows the inner workings of the justice system, someone who will fight for you each step of the way.

Defendants in Southern California should contact Shawky Law. As an expert criminal defense firm, Shawky Law is equipped to help you navigate the criminal justice system.

Tarek Shawky is a Former Deputy Public Defender and rated in the Top 1% of Attorneys by NADC.  Choose a lawyer who will fight for you. Call now for a free consultation.