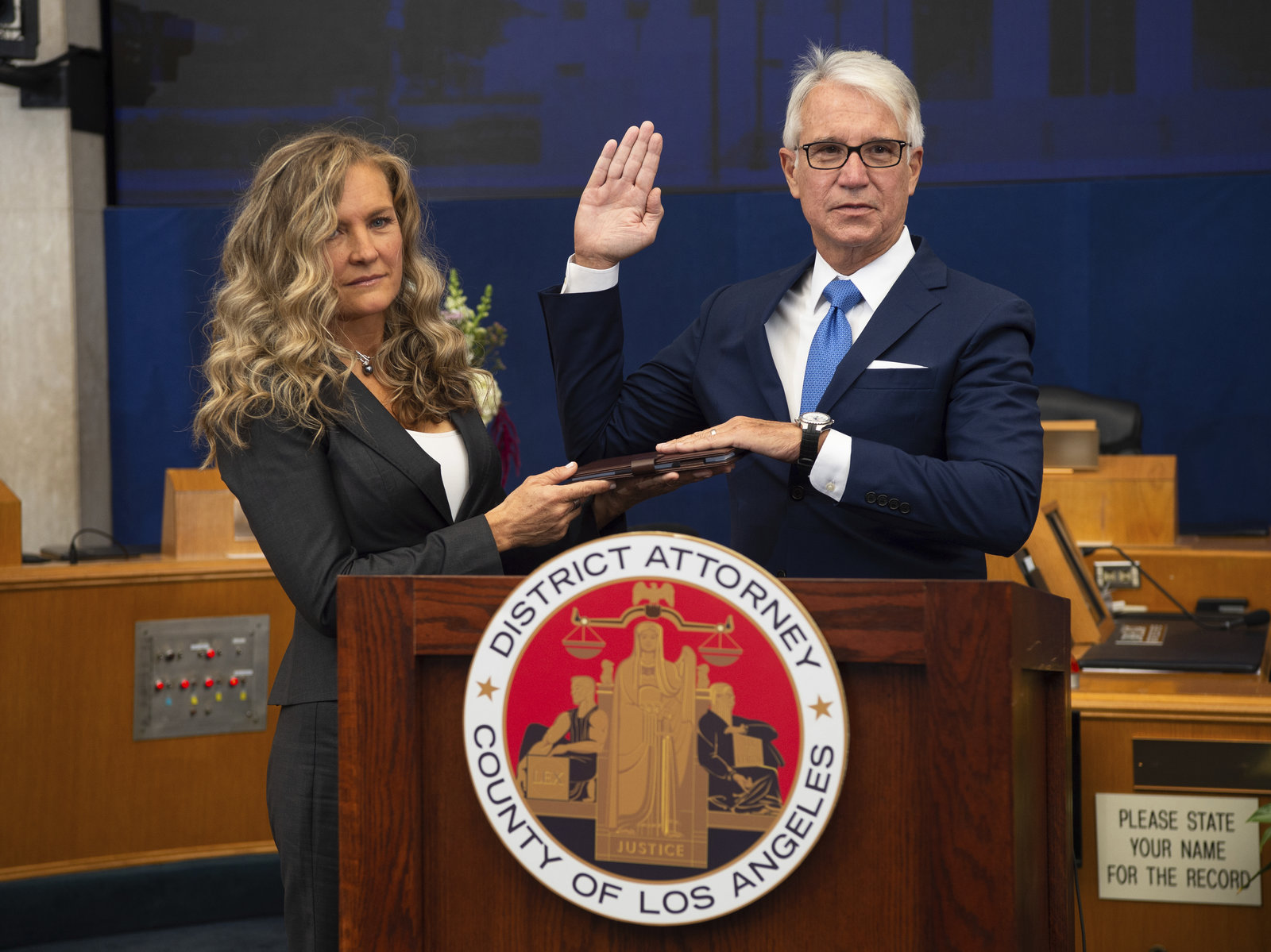 Gascón promised changes rooted in data-driven solutions to make communities safer while moving away from the revolving door of mass incarceration. The proposed reforms include:

Such policies are a huge departure from the more aggressive approach to policing and prosecuting in place since the 1980’s era “war on drugs”. Gascón’s bold new policies have been met with staunch resistance by police departments and District Attorneys across the state. These critics seem to be very nervous and uncertain about their future and the future of law enforcement in L.A. County and across the nation.

The murders of George Floyd, Breonna Taylor, Elijah McClain, Eric Garner, Michael Brown, Tamir Rice, Walter Scott, Sandra Bland, Alton Sterling, Philando Castile, Stephon Clark, and far too many others prompted nationwide protests calling for police reform, criminal justice reform and even the defunding of police departments and investing those funds into communities thereby making them safer. In the wake of Floyd’s murder, the Minneapolis city counsel voted to defund their police department and reallocated millions from the police budget to mental health and violence prevention resources. For many Americans, police are no longer seen as the “good guys.” As funding starts to shift away from law enforcement to other public resources, police unions and advocates are understandably concerned about the changing public sentiment, new budget allocations, and recent election results that will shake up the status quo to which they are accustomed.

A majority of L.A. County voters chose to embrace Gascón and a new prosecutorial model of reform and change, however many prosecutors and law enforcement officers may not be ready to accept the will of the electorate. On December 7, 2020, Gascón was sworn in and announced his sweeping directives. The LA DA union filed a lawsuit soon after seeking an injunction to prevent the implementation of the reforms. Even some L.A. County judges denied motions to dismiss certain enhancements pursuant to the new directives.

While Gascón’s ideology is in stark contrast to the harsh, punitive culture of policing that preceded him, critics must still accept the will of the majority of voters who voted to embrace this progressive agenda on law enforcement and public safety, an agenda focused on rehabilitating offenders and addressing root causes of criminal misconduct. For many defendants who are currently incarcerated or awaiting trial, Gascón represents an answer to their prayers. Those clients and their families are anxiously awaiting the implementation of campaign promises that already feel long overdue.

Unfortunately, the wait may be longer than expected. The Judge granted the L.A. DA Association’s lawsuit for injunctive relief challenging Gascón’s new directives. On February 8th Judge Chalfant granted the Association’s request thereby preventing Gascón from pushing ahead with directives finding that the DA may not go back and retroactively modify prior convictions and sentences but the DA may use discretion in future criminal filings in determining what enhancements to impose.  The court held that a blanket rule rejecting sentencing enhancements is unlawful and inconsistent with the specific language and intent of the law. The District Attorney traditionally maintains broad discretion to allege or reject certain charges or enhancements without providing any explanation. The DA has already indicated that he plans to appeal the court decision.

In a statement following the decision, Gascón said; “My directives are a product of the will of the people, including survivors of crime, and a substantial body of research that shows this modern approach will advance community safety…we can no longer afford – morally, socially or economically – to justify tough-on-crime policies in the name of victims when a majority of the survivor community supports rehabilitation over excessive sentences. The long-term health and safety of our community depend on it.”

The new DA will have to manage a number of internal and external challenges to his progressive agenda endorsed by the LA County voters. For those defendants looking for answers and timelines, expect to see major changes but they won’t come immediately. Modifying the culture and habits of LA judges and 1,000 LA DA’s can’t happen overnight, but Gascón has the determination and professional experience to implement his bold new reforms. Our office is staying on top of developments and communicating with colleagues and local agencies to keep you informed and well represented.